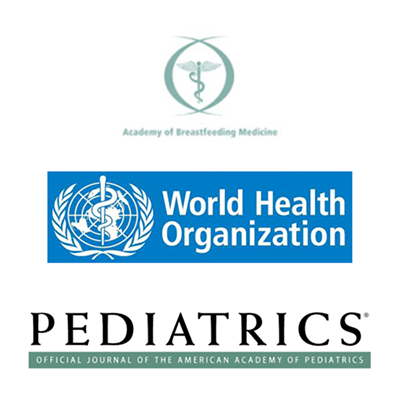 Babies deprived of human milk’s living antibodies get sick more often and that is not only in underdeveloped countries.  In 2004 Pediatrics reported that 21 percent of US infants deaths between one month and one year could be prevented if all US babies did any amount of breastfeeding.

AAP in 2012 has just has re-affirmed its conclusion that breastfeeding and the use of human milk has unique nutritional and non-nutritional benefits for infants and the mother.

Human milk is the normative standard for infant feeding and nutrition

AAP recommends exclusive breastfeeding for about 6 months with continuation for 1 year or longer as mutually desired by mother and infant/ Some infants because of family medical history, individual developmental status complimentary feedings begins earlier than 6 months.